Sanfa products, LLC was founded in 2009, specializing in linoleum production based on the heat & sound insulation and is the only linoleum manufacturer in Central Asia. With considerable experience, knowledge and professionalism, we offer our customers high-quality products, confirmed by all necessary certificates.

Since 2010, Sanfa Products has opened a new line of production — production of rolled waterproof roofing materials, such as folgoizol and isol. These are universal products designed for waterproofing, insulation and noise insulation. Products are made by applying bitumen and fillers on the base material, which is made of glass fiber and non-woven material. Top protective layer — Aluminum foil or Polyethylene film. 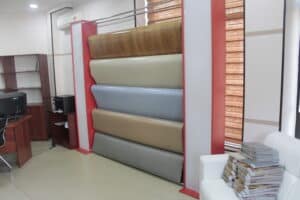 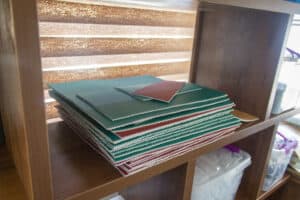 In 2011, our own production of nonwoven material made from local polyester fiber up to 3.2 m wide was localized, and serves as a raw material for linoleum produced by our company. This gave us the following opportunities:

In 2012, production of PVC-free linoleum without base was mastered by extrusion. This material has high indicators of wear resistance, strength and elasticity. Distinctive aspects of our material are that it can be used in public places with high traffic. The baseless PVC linoleum produced by us is resistant to water and detergents and can be used in rooms with special conditions, with the presence of aggressive and other chemical reagents. Opening of a local floor coverings’ manufacturer on Uzbekistan market made it possible to cover laboratory rooms of chemistry & physics in educational institutions of Uzbekistan. It should be noted that the cost of the floor baseless linoleum produced by Sanfa Products company is 35-40% lower than similar imported materials.

In 2013, equipment for geotextiles’ production was modernized, which made it possible to increase width of produced material to 4.2 m. Production of our own nonwoven material has significantly improved performance indicators of our indoor linoleum.

In 2014-2015, an agreement was reached with foreign suppliers on the supply of a new production line for the production of PVC linoleum with a width of 4.2 m. It should be noted that this width is very relevant and demanded by consumers.

In the second quarter of 2015, supervised installation of additional modern dubbing equipment was carried out. This has allowed us to start production of PVC linoleum using fiberglass. Next introduction of advanced technologies and innovations has undoubtedly improved quality of products and allowed to produce modern, high-quality & export-oriented products that will compete not only in the local market, but also in the foreign market with such well-known manufacturers as LG, Tarkett, etc.

Expanding sales markets, our company has already mastered the markets of Central Asia; an important role is played by the fact that our product quality has recommended itself not only in Uzbekistan, but also in the markets of Azerbaijan, Kazakhstan, Kyrgyzstan and Turkmenistan. Financial growth, production potential and well-coordinated work of professionals, — are the basis for us to be selected as a supplier of linoleum and insulation materials to large companies.

We are always with you!